To share your memory on the wall of Walter \"Sonny\" Richards, sign in using one of the following options:

Sonny was born Wednesday, November 9, 1932, in Boston, Massachusetts and he was the son of the late Walter Thomas Richards... Read More
Walter "Sonny" Thomas Richards, Jr., 87 of Cookeville, Tennessee passed away on Friday, June 5, 2020, at his home.

Sonny was born Wednesday, November 9, 1932, in Boston, Massachusetts and he was the son of the late Walter Thomas Richards, Sr. and the late Mildred Margaret (Walker) Richards.

Walter was a loving son, husband, father, grandfather, great-grandfather, and great-great-grandfather to which he was affectionately known as "Buppa". He was a longtime resident of Pepperell, MA until he and his wife retired to Cookeville, Tennessee in 1994. He worked many years in the construction and trucking business and in retirement enjoyed woodworking and farming. Walter earned his private flying license and enjoyed flying his own plane for a few years.

Walter served in the United States Air Force, during the Korean War, and was stationed in Alaska.

Sonny chose cremation, the family followed his wishes, and a celebration of his life will be held at a later date in Pepperell, Massachusetts.
Read Less

To send flowers to the family or plant a tree in memory of Walter "Sonny" Thomas Richards Jr., please visit our Heartfelt Sympathies Store.

Receive notifications about information and event scheduling for Walter "Sonny"

There are no events scheduled. You can still show your support by sending flowers directly to the family, or planting a memorial tree in memory of Walter "Sonny" Thomas Richards Jr..
Visit the Heartfelt Sympathies Store

We encourage you to share your most beloved memories of Walter "Sonny" here, so that the family and other loved ones can always see it. You can upload cherished photographs, or share your favorite stories, and can even comment on those shared by others.

Posted Jun 05, 2020 at 09:17pm
So very sorry for your loss. I will miss his letters.
We grew up together in Massachusetts, first cousins, and got up to all kinds of shenanigans together....jumping out of the loft into the manure pit out behind the barn, chased a pig down the road.... 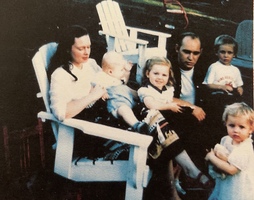 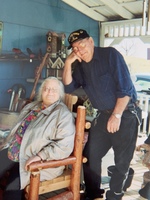 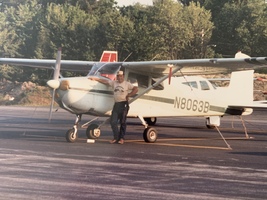