To share your memory on the wall of Sherry Whisenant, sign in using one of the following options:

Sherry was born Tuesday, June 23, 1964, in Cookeville, Tennessee. She was the daughter of Tence Ellen "Helen" (Short) Tollett and the late Modell Tollett.

Sherry was a loving daughter, sister, mother, and grandmother.

Sherry is survived by:

In addition to her father, Sherry was preceded in death by 2 Brothers, Ricky, and Randy Tollett.

Sherry chose cremation, the family followed her wishes, and a Celebration of her Life will be held at a later date.
Read Less

To send flowers to the family or plant a tree in memory of Sherry Rena Whisenant (Tollett), please visit our Heartfelt Sympathies Store.

Receive notifications about information and event scheduling for Sherry

There are no events scheduled. You can still show your support by sending flowers directly to the family, or planting a memorial tree in memory of Sherry Rena Whisenant (Tollett).
Visit the Heartfelt Sympathies Store

We encourage you to share your most beloved memories of Sherry here, so that the family and other loved ones can always see it. You can upload cherished photographs, or share your favorite stories, and can even comment on those shared by others.

Posted Aug 30, 2019 at 11:59am
The Mansell Family expresses their deepest sympathy for the families loss. My siblings and I grew up in the same area in Algood as Sherry and her family did and us children hung out together in the afternoons after school and in the summer time also. Sherry will be missed by our family.
Comment Share
Share via:

Posted Aug 22, 2019 at 11:40am
My heartfelt condolences go out to your family and friends. Carley and Ella will forever be impacted by the love and devotion you showed them. Fly high with Angel's
Comment Share
Share via:
A

Posted Aug 20, 2019 at 12:58am
My deepest heartfelt sympathies go out to her family. Thank you for allowing me the opportunity to care for Sherry through this journey.
Comment Share
Share via: 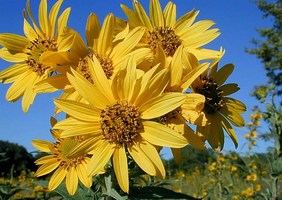