To share your memory on the wall of Ronald Gabel, sign in using one of the following options:

Print
Ronald L. Gabel, age 77 of Cookeville, Tennessee passed from this life Tuesday, September 29, 2020, at his home in Cookeville.

He was born Thursday, March 18, 1943 in Chicago, Illinois. He was the son of the late Raymond and Norma (Lutz)... Read More
Ronald L. Gabel, age 77 of Cookeville, Tennessee passed from this life Tuesday, September 29, 2020, at his home in Cookeville.

He was born Thursday, March 18, 1943 in Chicago, Illinois. He was the son of the late Raymond and Norma (Lutz) Gabel.

Ronald was a loving father, grandfather and friend to all who knew him. He served in the U.S. Army as a paratrooper for the 101st airborne division during the Vietnam Era. He was a telephone installer retiring from Western Electric in Florida.

Ronald is survived by:

1 Son and Daughter-in-law;
Brian and Hope Gabel of Cookeville, TN

3 Grandchildren:
Joshua, Lauren, and Jayden Gabel all of Cookeville, TN

1 Sister and Brother-in-law:
Patti and Phil Mayden of Minneapolis, MN

1 Brother and Sister-in-law:
Tommy and Peggy Gabel of Minoqua, WI

In addition to his parents he was preceded in death by his Wife: Judy (Rector) Gabel, 2 Brothers: Raymond and Gerry Gabel.

Ronald had chosen cremation and a Memorial Service will be held at a later date.

Please visit www.crestlawnmemorial.com and sign the online guest register and send a message to the family.

To send flowers to the family or plant a tree in memory of Ronald L. Gabel, please visit our Heartfelt Sympathies Store.

Receive notifications about information and event scheduling for Ronald

There are no events scheduled. You can still show your support by sending flowers directly to the family, or planting a memorial tree in memory of Ronald L. Gabel.
Visit the Heartfelt Sympathies Store

We encourage you to share your most beloved memories of Ronald here, so that the family and other loved ones can always see it. You can upload cherished photographs, or share your favorite stories, and can even comment on those shared by others.

Posted Oct 02, 2020 at 02:37pm
Ron was a loving father and grandfather and friend who will be missed by all who knew him. He was an avid lover of sports and was eager to tell us all about them. He will always be missed and loved. Fred and Cathy Bellmore
Comment Share
Share via: 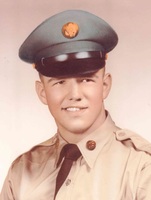