To share your memory on the wall of Robert "Bob" Rothe, sign in using one of the following options:

Provide comfort for the family of Robert "Bob" Rothe with a meaningful gesture of sympathy.

Bob was born Friday, July 7, 1939, in Grindstone, Michigan, he was the son of ... Read More
Robert "Bob" John Rothe, 80 of Alpine, Tennessee passed from this life on Saturday, February 1, 2020, at Saint Thomas Highlands Hospital in Sparta, Tennessee.

Bob was born Friday, July 7, 1939, in Grindstone, Michigan, he was the son of the late Ralph Rothe and the late Mary (Span) Rothe.

Bob was a loving son, brother, husband, father, and grandfather. He proudly served in the United States Army and was stationed in Alaska. Bob enjoyed staying busy, spending time outside, and in his early years, he loved being on his farm and riding horses. He was loved by all that knew him and he will be greatly missed.

In addition to his parents, Bob was preceded in death by, Brother, Bill Rothe; Sister and Brother in law, Elsie and Alvin Indo.

Bob chose cremation, the family followed his wishes, and a Celebration of his Life will be held at a later date in Michigan.
Read Less

To send flowers to the family or plant a tree in memory of Robert "Bob" John Rothe, please visit our Heartfelt Sympathies Store.

Receive notifications about information and event scheduling for Robert "Bob"

There are no events scheduled. You can still show your support by sending flowers directly to the family, or planting a memorial tree in memory of Robert "Bob" John Rothe.
Visit the Heartfelt Sympathies Store

We encourage you to share your most beloved memories of Robert "Bob" here, so that the family and other loved ones can always see it. You can upload cherished photographs, or share your favorite stories, and can even comment on those shared by others.

Posted Feb 05, 2020 at 10:07am
Certainly will miss this truly wonderful man! So blessed to have had him in our lives, as he was like a second Dad and Grandpa to our family. May he Rest In Peace and his memory be eternal.
Comment Share
Share via: 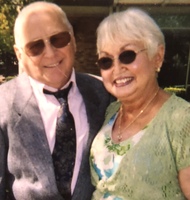 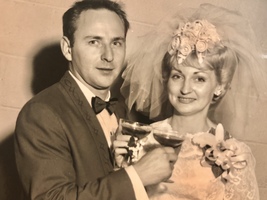