To share your memory on the wall of Richard McBroom, sign in using one of the following options:

Richard enlisted in the U.S. Army out of high school. He was... Read More
Richard James McBroom, 73 of Baxter, Tennessee passed from this life Sunday, September 27, 2020, at Cookeville Regional Medical Center in Cookeville, surrounded by his family.

Richard enlisted in the U.S. Army out of high school. He was a parachute rigger, an instructor and jump master. He was promoted to the rank of Staff Sargent before his discharge.

He lived in Louisiana for a short time where he became a police officer and also worked with the county coroner's office.

Upon returning to Tennessee, he served the city of Algood as a police officer and then an officer with the city of Baxter. He was also the drug operations supervisor with the 13th Judical Task Force. Richard was also the Baxter Volunteer Fire Department's Fire Chief.

In his spare time, Richard enjoyed watching Nascar, especially with his grandson Justin. Richard also loved to fish with Scott , fishing for anything that would bite the hook.

Born Saturday, February 22, 1947 in Detroit, Michigan, he was the son of the late Byrd McBroom and the late Juanita Wheeler McBroom.

Besides his parents, he is preceded in death by his loving wife of 40 years Carol Brown McBroom and sister Debbie McBroom of FL.

The family will receive friends and guests at Crest Lawn Funeral Home on Wednesday, September 30, 2020 from 1:00 pm to time of service.

A funeral service will be conducted on Wednesday, September 30, 2020, at 3:00 pm at Crest Lawn Funeral Home.
Read Less

To send flowers to the family or plant a tree in memory of Richard James McBroom, please visit our Heartfelt Sympathies Store.

Mercer family and David Harris sent flowers to the family of Richard James McBroom.
Show you care by sending flowers

Posted Sep 29, 2020 at 12:40pm
I am eternally grateful for everything you did for me. You were always someone I looked up to and tried to be like. RIP my brother. Till Valhalla!

David Harris purchased the Care and Compassion Spray for the family of Richard McBroom. Send Flowers 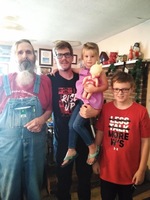 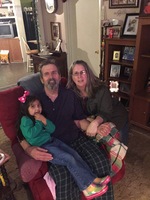 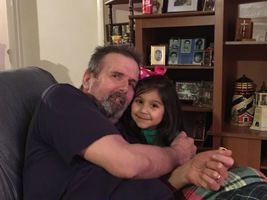