To share your memory on the wall of Philip Wilkerson, sign in using one of the following options:

The gesture that can change the world

Print
Philip Hoyle Wilkerson, 58 of Cookeville, Tennessee passed from this life Monday, December 23, 2019, at his home in Cookeville.

He was born Wednesday, June 21, 1961, in Nashville, Tennessee. He was the son of Bobbye (Carr) Wilkerson and ... Read More
Philip Hoyle Wilkerson, 58 of Cookeville, Tennessee passed from this life Monday, December 23, 2019, at his home in Cookeville.

He was born Wednesday, June 21, 1961, in Nashville, Tennessee. He was the son of Bobbye (Carr) Wilkerson and the late Hoyal Wilkerson.

Philip was a loving Husband, Son, Brother, Uncle, and Friend to all who knew him. He retired from UPS in Putnam County, and he loved farming, golfing, collecting cars, and traveling with his beloved Debbie.

In addition to his Mother, Philip is survived by:

1 Brother and Sister-in-law:
Randy and Amelia Wilkerson of Cookeville, TN.

In lieu of flowers, donations may be made to The Tennessee Donor Services or The Humane Society.

In addition to his father, Philip was preceded in death by his Wife: Deborah Wilkerson.

A celebration of life service will be held Saturday, December 28, 2019 beginning at 1:00 pm from the chapel of  Crest Lawn Funeral Home.

The family will receive friends at the funeral home Saturday, December 28 from 11:00 am until time of service at 1:00 pm.
Read Less

To send flowers to the family or plant a tree in memory of Philip Hoyle Wilkerson, please visit our Heartfelt Sympathies Store.

We encourage you to share your most beloved memories of Philip here, so that the family and other loved ones can always see it. You can upload cherished photographs, or share your favorite stories, and can even comment on those shared by others.

Posted Dec 28, 2019 at 03:08pm
Phil was a generous gentleman. He was a part of many family gathers we attented in Cookeville. He always had an open door policy to his home for the comfort of friend and acquaintance. We are proud to have met Phil, gotten to know Pil and been a recipent of many hugs and welcome smiles. Sweet memories and love sent to his family. He was loved.
Comment Share
Share via:

Posted Dec 27, 2019 at 10:30pm
What an incredible guy Philip is. I will always appreciate knowing him and our high school time together. A true gentleman. Peace be with you, Philip. I appreciate who you are to so many. 💝. Renee Rechenbach Wiesehuegel
Comment Share
Share via:
TK

Posted Dec 27, 2019 at 09:30am
Phil touched so many lives in a positive way. He is a dear friend and had an infectious smile that will never be forgotten!! Thoughts and prayers to the family.
Comment Share
Share via:
CS

Posted Dec 24, 2019 at 11:13pm
Prayers for Phil’s family. He was our “UPS man” in the Burgess Falls area for YEARS! Super nice guy. Love and prayers to his family.
Comment Share
Share via:

Posted Dec 24, 2019 at 10:43pm
There is no better friend than Phil. He always placed his family first. One can still hear the echos of that great laugh of his and his advice which he freely gave me. A hard worker and always fun. Sending you all condolences. KO
Comment Share
Share via: 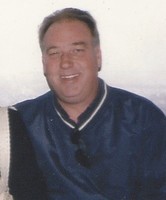