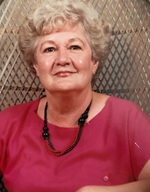 Jean was born in Pickett County to the late Orbit and Mae (Poore) Knight on October 21st, 1929.

She was a graduate of York Institute and proud captain of the girls’ basketball team that she led to the state tournament in 1948. Basketball was a passion she shared with her family and she was always ready to cheer on a game.

Over the years Jean worked in her home raising her 3 children. She was an excellent cook who later used her talents in school and nursing home cafeterias. She was a kind woman who extended her generosity to all those around her and all were welcomed at her table.

The family would especially like to thank the loving and dedicated staff at Signature Healthcare for helping the family through this journey.

In lieu of flowers please consider making donations to Upper Cumberland Habitat for Humanity at https://www.uchabitat.org/

The family expects to hold a graveside service at Fentress Memorial Gardens at a date to be determined later and a celebration of her life thereafter.