To share your memory on the wall of Mack Prichard, sign in using one of the following options:

For more than 50 years, Mack Prichard served our state as an effective thinker, teacher, advocate and actor for modern conservation in Tennessee. Mack began his career with the Tennessee Department of Conservation when he was just 16 years old, as a seasonal naturalist at Shelby Forest State Park near Memphis. In addition to developing a profound knowledge of natural and cultural history, he had a gift for connecting with the public and instilling his appreciation for nature in everyone he touched.

Over the last half of the 20th century, few people were as instrumental in promoting conservation, state parks and natural areas in Tennessee. Indeed, Mack was actively involved in the founding of more than one-half of the state parks in Tennessee’s system. Mack was also Tennessee’s first State Archaeologist when he established the state's new Division of Archaeology in 1971. From there, Mack moved to the department’s Conservation Education section where he became Tennessee’s first State Naturalist.

Mack’s work outside formal government was also prodigious. He was one of three founding members of the Tennessee Trails Association in 1968 and was actively involved in the creation of at least 30 conservation associations statewide. His beloved and respected voice inspired a range of constructive work and results to advance natural resource preservation and more effective resource management across the state.

Mack served Tennessee for more than 50 years under eight governors - Clement, Ellington, Dunn, Blanton, Alexander, McWherter, Sundquist and Bredesen. In May 2006, the General Assembly commended Mack’s half-century as “The Conservation Conscience” of Tennessee and conferred upon him the title Tennessee State Park Naturalist Emeritus through Senate Joint Resolution 1007 (5/17/2006).

As Mack worked to carve out state parks and conserve our beautiful Tennessee, he made many friends along the way that were inspired by his dedication. Mack was a natural leader and a friend to all. He made everyone feel special. Mack shared his love of the natural world across Tennessee traveling over one million miles. At each stop, he shared mesmerizing slides he had taken peppered with quotes from environmentalists and philosophers that engaged countless Tennesseans. Mack always found the most beautiful waterfalls, hiking trails or paths into the woods and invited others to tag along and share the natural world with him. Co-worker and friend Richard Hilten writes: “Mack has achieved so many things in his colorful life, not the least of which has been the inspiration of countless beginning and professional conservationists. He set the standard very high for all of us, and each one has done his / her part to do the right things for the right reasons, following his lead like so many happy children behind the Pied Piper!” Mack will be deeply missed by family and friends. The only comfort is that he is no longer tethered to his broken body and is now soaring with the eagles ...

He was predeceased by his beloved mentors and parents, Mack S. and Bessie Smith Prichard of Dyersburg, TN and niece, Elizabeth Kaller, Chattanooga, TN.

A celebration of his life is in the planning for later in the summer or when gathering is prudent.

In lieu of flowers, for those who wish to commemorate Mack’s life through a donation, make a contribution to the "Friends of Virgin Falls” and specify on the memo line “Mack Prichard Foundation.” Mail checks to P.O. Box 390, Sparta, TN 38583. The mission of the Mack Prichard Foundation is to engage in activities to protect and conserve the natural environment in Tennessee. For more information about Mack’s legacy, visit www.markprichard.com

In lieu of cards, please send thoughts and condolences to:
macksprichard@gmail.com.
Read Less

To send flowers to the family or plant a tree in memory of Mack S Prichard, please visit our Heartfelt Sympathies Store.

Receive notifications about information and event scheduling for Mack

There are no events scheduled. You can still show your support by sending flowers directly to the family, or planting a memorial tree in memory of Mack S Prichard.
Visit the Heartfelt Sympathies Store

We encourage you to share your most beloved memories of Mack here, so that the family and other loved ones can always see it. You can upload cherished photographs, or share your favorite stories, and can even comment on those shared by others.

Posted May 06, 2020 at 05:53pm
A brand new LIGHT shines its brightest love in the cosmic realm. From its new perch that LIGHT comforts all who love and miss it. All of NATURE bows in appreciation for that LIGHT'S caring imprint and promises to reflect enduring love back. 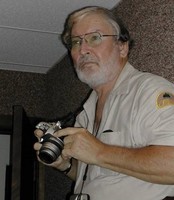