To share your memory on the wall of Lawrence Wiley, sign in using one of the following options:

Provide comfort for the family of Lawrence Wiley with a meaningful gesture of sympathy.

Larry was born in Philadelphia, PA to Howard J. and Eleanor McGrath Wiley on August 17, 1946.

Larry was born in Philadelphia, PA to Howard J. and Eleanor McGrath Wiley on August 17, 1946.

He attended Roman Catholic High School of Philadelphia. After graduating high school, Larry proudly served his country as a combat veteran in the United States Army. Upon his return from the army, Larry earned a degree in Chemistry from Tennessee Tech. He was an entrepreneur with various business interests.

He is survived by his loving daughter, Karen and grandson, Talon as well as his brothers Howard (Jacky), Eugene (Josie), Vincent and Jonathan and many nieces and nephews.

Interment will be private.

Celebration of Life Gathering for Lawrence "Larry" Vincent Wiley will be held Saturday, November 2, 2019 from 1:30 pm until 4:30 pm at Southern Hills Golf & Country Club in their Magnolia Room.

In lieu of flowers donations may be made to the Wounded Warrior Project in Larry’s name.
Read Less

We encourage you to share your most beloved memories of Lawrence here, so that the family and other loved ones can always see it. You can upload cherished photographs, or share your favorite stories, and can even comment on those shared by others.

Posted Dec 05, 2019 at 10:10am
To all of Larry's Family, I want to extend my sincere sympathies. My name is Judy Fulmer. My twin sister was engaged to Larry when we were 21. I always thought so well of Larry. Janice and Larry communicated several years ago via phone and texting. We are both so, so sad to know Larry has passed. He was a good man. Best to you all. Sincerely.....
Comment Share
Share via: 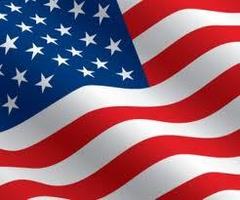