To share your memory on the wall of Kenneth Hamilton, sign in using one of the following options:

He was born Sunday, June 1, 1986 in Phoenix, Arizona , he was the son of Kenneth Hamilt... Read More
Kenneth Earl Hamilton, 33 of Cookeville, Tennessee passed from this life Sunday, December 15, 2019, at Cookeville Regional Medical Center. Tennessee.

He was born Sunday, June 1, 1986 in Phoenix, Arizona , he was the son of Kenneth Hamilton and Thelma Osborn Yates.

Kenny loved camping, fishing, hunting, and being outdoors. During his struggles in life he gave his life to the Lord, and tried to help as many people as he possibly could. During the last year Kenny had made the decision to continue helping others after his death by being an organ donor. He was the first in Tennessee to donate his heart to The Heart in a Box Foundation which the family was told would save thousands of lives by setting a presidence for the study of Heart Research after heart attacks occur.

Kenny is survived by:

Mother and Stepfather:
Thelma and John Yates of Cookeville, TN

In lieu of flowers donations may be made at the funeral home to help the family with final expenses.

Memorial Services for Kenny will be held Tuesday, December 17, 2019 beginning at 6:00pm from the chapel of Crest Lawn Funeral Home with Pastor Bobby Davis officiating.

The family will receive friends at the funeral home Tuesday, from 4:00pm until time of the service at 6:00pm.
Read Less

To send flowers to the family or plant a tree in memory of Kenneth Earl Hamilton, please visit our Heartfelt Sympathies Store.

Receive notifications about information and event scheduling for Kenneth

There are no events scheduled. You can still show your support by sending flowers directly to the family, or planting a memorial tree in memory of Kenneth Earl Hamilton.
Visit the Heartfelt Sympathies Store

We encourage you to share your most beloved memories of Kenneth here, so that the family and other loved ones can always see it. You can upload cherished photographs, or share your favorite stories, and can even comment on those shared by others. 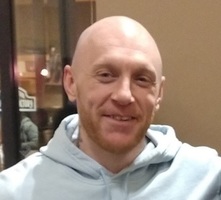