To share your memory on the wall of James \"Al\" Middlebrook, sign in using one of the following options:

Print
James "Al" Alfred Middlebrook, 92, of Cookeville, Tennessee, passed away peacefully at his home on Sunday, July 26, 2020, after spending his last days and moments doing exactly what he loved, spending time with his family.

On Sunday, O... Read More
James "Al" Alfred Middlebrook, 92, of Cookeville, Tennessee, passed away peacefully at his home on Sunday, July 26, 2020, after spending his last days and moments doing exactly what he loved, spending time with his family.

On Sunday, October 9, 1927, Augustus and Thelma Mae Middlebrook welcomed their son, James Alfred Middlebrook (Al) into the world. Al was born and raised in Lenawee County Michigan in the town of Clinton. He served his country in the United States Army at the end of World War II. In 1973 Al’s job with Gould Industries moved him and his five children to Cookeville, Tennessee. He enjoyed roller skating, movies, and the arts. However, his favorite thing in the world was simply the company of his children and grandchildren. Al’s family was always at the center of everything that he did. Hours and hours of video serve as a reminder that he always wanted to capture these special moments with them. Al was above all passionate and proud of all his children, grandchildren, and great-grandchildren.

He will also be fondly remembered by his thirty great-grandchildren, other family, and friends.

Funeral Service for James "Al" Middlebrook will be held Thursday, July 30, 2020, at 3:00 pm from the chapel of Crest Lawn Funeral Home with Dr. Ronnie Pierce officiating. Interment will follow in the Algood City Cemetery.

To send flowers to the family or plant a tree in memory of James "Al" Alfred Middlebrook, please visit our Heartfelt Sympathies Store.

Receive notifications about information and event scheduling for James "Al"

We encourage you to share your most beloved memories of James "Al" here, so that the family and other loved ones can always see it. You can upload cherished photographs, or share your favorite stories, and can even comment on those shared by others.

Chuck , Raney and John Adams and Steve and Kay Phillips sent flowers to the family of James "Al" Alfred Middlebrook.
Show you care by sending flowers

Posted Jul 28, 2020 at 12:16pm
Larry, Robin, Steve, Missy and Ron, I am thinking of all of you during this sad time. Al sure was a character and a spitfire when it concerned his family or something he cared about. He sure did live a full life doing exactly what he wanted to do. I'm sure you all will look back on the memories you shared with him. I also have pleasant memories of Al, and I'm praying for peace for each of you. Love to all, Brenda Oliver Wilson
Comment Share
Share via:
HS

Flowers were purchased and a memorial tree planted for the family of James "Al" Middlebrook. Send Flowers 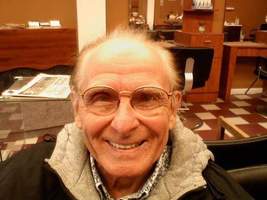 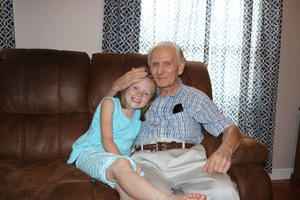 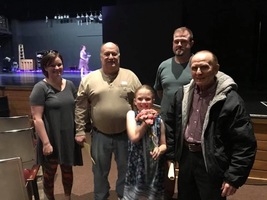 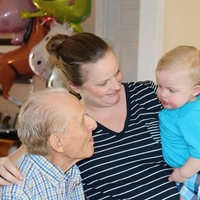