To share your memory on the wall of Imre Vilaghy, sign in using one of the following options:

He was born on March 25, 1947, in Baden Bei Wien, Austria, the son of Andreas Vilaghy and Ruth (Hein) Vilaghy. He grew up in Austria but as an adult, discovered he enjoyed working with handicapped children. He spent seven years living and working in Camphill Schools for the mentally handicapped in Northern Ireland, Scotland, South Africa and England, and then immigrated to the United States with his wife, the former Joanne Bleezarde from Ravena NY, and their sons Erik Andreas and Christoph Joseph.

He soon became a citizen and was delighted by how easy it was to start a business in the US. He was a car mechanic, a chimney sweep, and then a farmer. He started Our Daily Bread bakery, sold baked goods in the Greenmarkets in New York City, and opened a coffee shop and internet cafe on Warren Street, in Hudson, NY, The Oasis. When the former Lawrence’s Tavern, up the street, came on the market he bought the restaurant and the building it was in and The Wunderbar and Bistro were born.

After 8 years operating The Wunderbar, he sold it and bought a boat. He lived on the boat for three years, sailing it up the Hudson River, through the Great Lakes and back on the Erie Canal. Eventually, he tired of the sea and traded the boat for an RV, realizing his dream of traveling around the country. He spent several winters in Texas and Florida, returning to New York for the summers until he happened upon an RV park for sale in Granville, Tennessee.

He bought Made in the Shade RV Park in 2016, managed it and lived in it until the last two months of his life when he moved into the home of his friends, who lived nearby. He declined treatment and spent no time in hospitals except for testing. He died on his own terms, in little pain, and with his head screwed on tight. His body was cremated and his ashes scattered in several places meaningful to him.

He leaves behind his sons Erik Andreas of Schenectady, NY and Christoph Joseph of Athens, NY, his former wife Joanne Villaghy of Philmont , NY, his aunt Edith Rudolf and her daughters Eva and Alexandra, his stepmother Sylvia Vilaghy Briebauer and his half-brother Andreas Vilaghy, who all live in Austria, and his little dog, Jasmine.

To sign the online guestbook and to send the family a message please visit: www.crestlawnmemorial.com

To send flowers to the family or plant a tree in memory of Imre Vilaghy, please visit our Heartfelt Sympathies Store.

Receive notifications about information and event scheduling for Imre

There are no events scheduled. You can still show your support by sending flowers directly to the family, or planting a memorial tree in memory of Imre Vilaghy.
Visit the Heartfelt Sympathies Store

We encourage you to share your most beloved memories of Imre here, so that the family and other loved ones can always see it. You can upload cherished photographs, or share your favorite stories, and can even comment on those shared by others.

Posted Aug 23, 2020 at 12:56pm
Did not know or ever met Mr. Vilaghy but just read his unique and well written obituary in the Carthage Courier. Wanted to say he sure seemed to have had an interesting and full life. I know he will be missed by those who knew him and by me from just his obituary.
Comment Share
Share via: 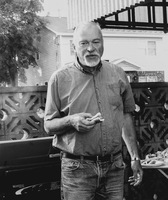