To share your memory on the wall of Garry Derossitt, sign in using one of the following options:

He was born Sunday, November 11, 1945 in Cookeville, Tennessee. He was the son of the late Beecher and Lou Vada (Sullivan) Derossitt.

Garry was a loving husband, father, and friend to all who knew him. He was owner/operator of Garry's Upholstery in Cookeville. He served in the U.S. Army in the 101st Airborne Division during the Vietnam Era. He loved playing country music and played with the Tennessee Outlaw Band for 36 years. He loved Corvettes, Classic Cars, Harley Davidsons and working in his tool shed on many projects.

Garry is survived by his wife of 29 years, Diane Derossitt of Cookeville, TN

1 sister and brother-in-law:
Sabra and Fletcher Barlow of Smyrna, TN

In addition to his parents Garry was preceded in death by: 1 son Doug Derossitt, 2 brothers: James and Earl Derossitt, and 1 sister-in-law: Hazel Derossitt.

Graveside services with full military honors by the Veterans Honor Guard for Garry will be held Friday, August 7, 2020 beginning at 3:00pm at Browns Mill Cemetery in Cookeville.
Read Less

To send flowers to the family or plant a tree in memory of Garry E. Derossitt, please visit our Heartfelt Sympathies Store.

Receive notifications about information and event scheduling for Garry

We encourage you to share your most beloved memories of Garry here, so that the family and other loved ones can always see it. You can upload cherished photographs, or share your favorite stories, and can even comment on those shared by others.

Johnny and Candie Looper sent flowers to the family of Garry E. Derossitt.
Show you care by sending flowers

Johnny and Candie Looper purchased flowers and planted a memorial tree for the family of Garry Derossitt. Send Flowers

Posted Aug 06, 2020 at 05:29pm
Our deepest and sincere condolences for your loss!! Garry was a great man, an awesome family man, a brave American, a good businessman, a gifted musician, and a dear personal friend. We knew Garry for only four+ years and he was able to touch our lives and help us when no others even where near to be found. He didn't have to, but he helped us with out business and became a friend and an extended family member. Garry, I hope the Cookeville soil that will cover to be light and fragrant as you deserve. May your memory be eternal.
Dear Diane, we pray and thinking of you since the day we learnt what happened. Stay strong, as he would wanted you to, and stay healthy to remember Garry and to carry on his memory. Debbie and I love you very much.
Let the soil that will cover you be light
Comment Share
Share via:

Posted Aug 06, 2020 at 02:08pm
When I was growing up, Garry's upholstery shop used to be next to my family's furniture store. I spent lots of time just hanging out with him real often. He let me borrow his Corvette for my Senior Prom and one if his Harleys to get my motorcycle license. Top notch guy with a big heart. Would give the shirt off of his back if you needed it. What a great loss this is. My thoughts and prayers are with the family and friends.
Comment Share
Share via:
MP

Posted Aug 05, 2020 at 05:32pm
So sorry for your loss. Prayers for the family. I can remember many nights spent at Garry's shop practicing with The Outlaws. Good times indeed. Mike Palmer
Comment Share
Share via: 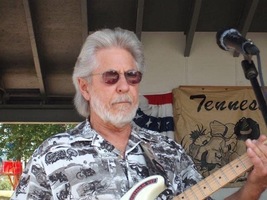 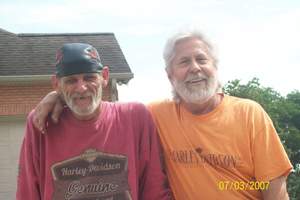 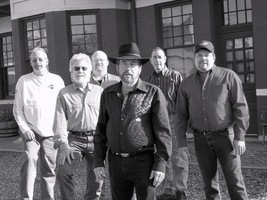 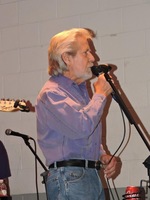