To share your memory on the wall of Evelyn Keisler, sign in using one of the following options:

Provide comfort for the family of Evelyn Keisler with a meaningful gesture of sympathy.

Print
Evelyn Nell (Hayes) Keisler, 80 of Powell, Tennessee passed away on Saturday, February 8, 2020, at her home with her family by her side.

Evelyn was born Saturday, August 12, 1939, in Dekalb County, Tennessee, she was the daughter of the ... Read More
Evelyn Nell (Hayes) Keisler, 80 of Powell, Tennessee passed away on Saturday, February 8, 2020, at her home with her family by her side.

Evelyn was born Saturday, August 12, 1939, in Dekalb County, Tennessee, she was the daughter of the late Thurman E. Hayes and the late Ivah (Johnson) Hayes.

In addition to her parents, Evelyn was preceded in death by, Sister-in-law, Ruth Keisler, and Brother-in-law, Steve Dyer.

Evelyn chose cremation, the family followed her wishes, and a Celebration of her Life will be held at a later date.
Read Less

To send flowers to the family or plant a tree in memory of Evelyn Nell Keisler (Hayes), please visit our Heartfelt Sympathies Store.

Receive notifications about information and event scheduling for Evelyn

There are no events scheduled. You can still show your support by sending flowers directly to the family, or planting a memorial tree in memory of Evelyn Nell Keisler (Hayes).
Visit the Heartfelt Sympathies Store

We encourage you to share your most beloved memories of Evelyn here, so that the family and other loved ones can always see it. You can upload cherished photographs, or share your favorite stories, and can even comment on those shared by others. 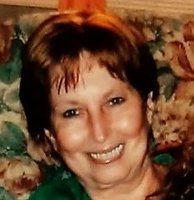