To share your memory on the wall of Dr. Gordon Hunter, sign in using one of the following options:

Provide comfort for the family by sending flowers or planting a tree in memory of Dr. Gordon Hunter

Provide comfort for the family by sending flowers or planting a tree in memory of Dr. Gordon Hunter

He graduated from James Ford Rhodes HS, Cleveland, OH, June 11, 1948 where he was an All-State wrestler, ran cross-country, and participated in gymnastics. After serving in the Air Force, he attended Mississippi College, where he met Gene Anne Morris, the love of his life and wife of 61 wonderful years. He wrote in a letter to her, “You were 20 when we met. I think I’ll never forget that snaggle-toothed smile that sent my heart reeling and deep inside I had the feeling you were the one for me.” Gordon and Gene Anne were married on December 20, 1955 at Gene Anne’s home church, First Baptist Church, Sparta, IL. They both graduated college with honors in 1956.

After graduation, they spent 2 years teaching English and Biology on Guam where Morris was born, spent 1 year teaching general science in Hoopeston, IL where Mark was born, and was accepted for a National Science Foundation program to work on a master’s degree in science at Washington University in St. Louis, MO, where Steven was born. Gordon completed a Ph.D at Washington University then taught 4 years at Murray State University. In 1967 Tennessee Tech hired Gordon as the Biology Department Chairman, where he taught until retirement in 1995. A beloved teacher, in 1990 Dr. Hunter was awarded “Tennessee Professor of the Year.”

Most certainly, Gordon loved to learn, loved to teach, loved his students, loved science, and loved life; however, none of these came near to the passion he had for his family. Talk about an adventure! He, Gene Anne, and their 3 boys were very often hiking, hunting, fishing, white-water canoeing, competitive swimming, repelling, black-berry picking, house-building, farming cows and tobacco, camping out while traveling the states, boogey-boarding at the beach, water skiing at the lake, singing together at church, or laughing until they cried at the supper table. Often Gene Anne’s sister Janis and her daughters Paige and Lisa joined them in their adventures. Gordon, Gene Anne, and family knew how to do life together.

When we were all gathered at Gordon’s mom’s funeral, the pastor asked, “What was the most important thing you learned from her?” Gordon replied, “She taught us how to love.” Well, Gordon learned how to love very well and passed that lesson on to his boys. He also taught his boys many years ago that … “while many spend too much time worrying about how they can secure their legacy, mine will be lived out in you.” We hope we have made and will continue to make you proud, Dad, and we will pass your legacy, now ours, on to our own.

The family would like to thank Lori Griggs and her team of caregivers, especially Donna Barnett, Kelli Ealey, Diana Barlow, and Vee Sherley, for taking such great care of Dad.

The family will have a memorial service at a later date.

In lieu of flowers, please consider donating to Upper Cumberland Habitat for Humanity, an organization in which Gordon and Gene Anne were very involved. Donations can be made at www.uchabitat.org.
Read Less

To send flowers to the family or plant a tree in memory of Dr. Gordon Eugene Hunter, please visit our Heartfelt Sympathies Store.

Receive notifications about information and event scheduling for Dr. Gordon

There are no events scheduled. You can still show your support by sending flowers directly to the family, or planting a memorial tree in memory of Dr. Gordon Eugene Hunter.
Visit the Heartfelt Sympathies Store

We encourage you to share your most beloved memories of Dr. Gordon here, so that the family and other loved ones can always see it. You can upload cherished photographs, or share your favorite stories, and can even comment on those shared by others.

Posted Jul 28, 2020 at 08:56pm
I was a freshman at TTU in 1984, and one of my very first classes and fondest memories was Biology taught by Dr. Hunter. I'll never forget him coming to class in costume, dressed as a famous scientist (whose name escapes me)! He was certainly the most memorable professor I had at Tech, and he made me love biology with his fun, innovative methods. I was back in Cookeville a few weeks ago for a family reunion type event (masks were worn!) and happened to pick up a copy of the paper and found Dr. Hunter's obituary. Reading his life story brought back many great memories and made me less sad to learn of his passing, because he certainly had a life well-lived! My condolences to his family and friends.
Comment Share
Share via:
C

Posted Jul 12, 2020 at 11:25am
No TTU faculty member has ever been more loved and respected by students and colleagues. Thank you, Gordon, for being a role model for us all.
Carroll Viera, TTU Professor Emerita
Comment Share
Share via:

Posted Jul 12, 2020 at 09:41am
Through Dr. Hunter's innovative teaching methods and genuine concern for his students, I was inspired to major in Secondary Education: Biology. In botany class, he came in with an ax and split a piece of wood. A skink jumped out and jumped down his shirt! He removed his shirt and the skink, and after we all had a good laugh, he continued to teach. I am preparing for my 23rd year as a public educator, and I still draw inspiration from Dr. Hunter's teaching. My sincere condolences to his family.
Comment Share
Share via:
BF

Posted Jul 11, 2020 at 06:19pm
Dr and Mrs. Hunter were such an important part of our lives and there are so many good memories starting at Tech, long distance contact as we moved through various phases of our lives and later when we moved to Cookeville to retire. Both Dr. and Mrs Hunter were incredibly wonderful people- as good hearted, as kind, as caring for everyone as anyone you could ever meet. Dr. Hunter loved her so dearly and it was obvious--- but I loved the photo of them in prom outfits where he is holding her tenderly and as if he has the greatest treasure in the world in his arms which he did (and she likewise).

Dr. Hunters commitment to his students was incredible. I remember when I was a freshman, Dr. Hunter was looking for an undergrad assistant for a National Science Foundation grant he had and several of were competing fiercely for the assistantship AND none of us even knew there was a stipend involved. We just knew we would be better people by being around him--and we were. Forty years after the fact, I remember telling Dr. Hunter that I really could have cared less about vernonia crinita (the plant he was studying) but that we all loved him, wanted to learn from him and become better people in the process.. His response: "well, I wondered why you kept asking me the same questions". Unassuming, full of compassion, committed to students and above all to the love of his life and to his family. He was a great professor, he was an even greater person. He left a mark on everyone that he touched and today I know there are hundreds (thousands?) of students who are thankful for him and feel blessed that he was part of their lives. Jim and I both knew the Hunters and the wonderful family they created and are so glad that our paths crossed. He lived a wonderful life, he made life better for everyone whose path crossed his, and now is in the arms of the angels. Our condolences and much love to the family at this difficult time.
Comment Share
Share via:

Posted Jul 08, 2020 at 11:30am
I enjoyed classes with Dr. Hunter. He was a great teacher and made me love biology even more. I also enjoyed seeing him at church. He was a class act, and he will be missed by many. Denise Judd Brandon
Comment Share
Share via: 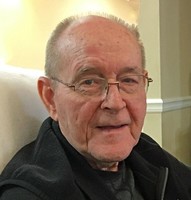 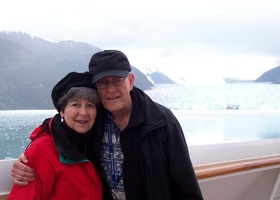 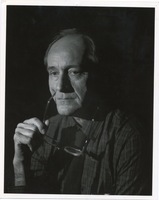