To share your memory on the wall of Douglas Steele, sign in using one of the following options:

Doug was born Monday, March 20, 1950, in Elwood, Indiana. He was the son of the late Douglas "JC" Steele and the late Minnie Pauline (Sosbe) Steele.

Doug was a loving son, brother, husband, dad, grandpa, and papa. He was looked up to by all the cousins and he was revered as a patriarch. Doug was loved by all that knew him and he will be greatly missed by all.

Doug is survived by:

A host of cousins, nieces, nephews, and special friends

Doug was preceded in death by his parents.

Doug chose cremation, the family followed his wishes, and a Celebration of his Life will be held Sunday, September 22, 2019, at 2:00 pm at the family home.
Read Less

To send flowers to the family or plant a tree in memory of Douglas Carlion Steele, please visit our Heartfelt Sympathies Store.

Receive notifications about information and event scheduling for Douglas

There are no events scheduled. You can still show your support by sending flowers directly to the family, or planting a memorial tree in memory of Douglas Carlion Steele.
Visit the Heartfelt Sympathies Store

We encourage you to share your most beloved memories of Douglas here, so that the family and other loved ones can always see it. You can upload cherished photographs, or share your favorite stories, and can even comment on those shared by others.

David and Denise Rourke and The Fishers and Zane Steele sent flowers to the family of Douglas Carlion Steele.
Show you care by sending flowers

The Fishers and Zane Steele

The Fishers and Zane Steele purchased flowers for the family of Douglas Steele. Send Flowers

Posted Sep 16, 2019 at 12:59pm
Doug was a great man we loved him so he is and will be missed always. But he will remain in our hearts until we all meet again.
Comment Share
Share via: 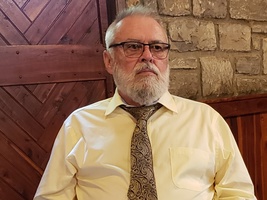