To share your memory on the wall of Carl Pruett, sign in using one of the following options:

Provide comfort for the family of Carl Pruett with a meaningful gesture of sympathy.

Carl was born Sunday, September 12, 1948 in Memphis, Tennessee. He was t... Read More
Carl Eugene Pruett, 70 of Sparta, Tennessee passed from this life on Saturday, August 17, 2019, at Overton County Health And Rehab Center in Livingston, Tennessee.

Carl was born Sunday, September 12, 1948 in Memphis, Tennessee. He was the son of the late Arthur Duke and Anna Belle (Jobe) Pruett.

Carl served in the United States Army in the 11th Armored Calvary Regiment. He was in the Vietnam War. Carl has been an active member of the Cookeville Church of the Nazarene for a number of years.

Carl is survived by:

In addition to his parents, Carl was preceded in death by: Wife, Susan Ann Pruett; Siblings, Bud and Trish.

Funeral Service for Carl Eugene Pruett will be held Wednesday, August 21, 2019 at 10:00 am from the chapel of Crest Lawn Funeral Home. Interment will follow in the Crest Lawn Memorial Cemetery.

We encourage you to share your most beloved memories of Carl here, so that the family and other loved ones can always see it. You can upload cherished photographs, or share your favorite stories, and can even comment on those shared by others. 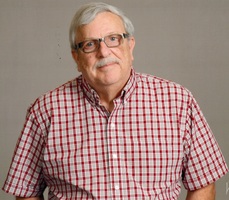