To share your memory on the wall of Atlanta Redman - Gore, sign in using one of the following options:

Provide comfort for the family of Atlanta Redman - Gore with a meaningful gesture of sympathy.

Atlanta was born Saturday, May 28, 1994 in Carthage, Tennessee, she was the daughter of James Douglas Whitehair and the late Norma (Tucker) Davis.Read More
Atlanta Rosanna Faith (Redman) Gore, 25 passed from this life on Friday, June 21, 2019

Atlanta was born Saturday, May 28, 1994 in Carthage, Tennessee, she was the daughter of James Douglas Whitehair and the late Norma (Tucker) Davis.

Atlanta was a loving daughter, sister, and mother.

Atlanta is survived by:

2 Uncles: Ray and Sue Tucker; and David and Kim Tucker

Numerous Cousins, Friends, and other Family

Atlanta chose cremation, the family followed her wishes, and a Celebration of her Life will be held at a later date.
Read Less

We encourage you to share your most beloved memories of Atlanta here, so that the family and other loved ones can always see it. You can upload cherished photographs, or share your favorite stories, and can even comment on those shared by others.

Posted Jun 29, 2019 at 05:22pm
My heart was caught when I read you lost your precious daughter and I wanted to send my warmest condolences to the family. To lose a child, a part of you, can bring such overwhelming grief but Jesus assures us at John 5:28,29 that you will have her in your life once again without the pain we see today. Until God’s promises come true may every good thought, every memory of the love you felt, flood and overtake you with calm and peace to help you through the dark moments. Please go to jw.org for more encouraging scriptures and videos to help heal your broken heart 💔 https://tv.jw.org/#en/mediaitems/VODMinistryTools/pub-imv_4_VIDEO
Comment Share
Share via:
TS

Posted Jun 22, 2019 at 08:47am
My condolences for your loss. I can’t take away the pain of which you feel but, Isaiah 40:26 in part-reads that you will find comfort in knowing that your dear one is safe in the memory of Jehovah God, who will remember every detail about your love one and bring them back again in the “resurrection hope”. (Acts 24:15)
I hope this brings a little comfort for your family and friends.
Comment Share
Share via: 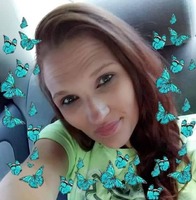 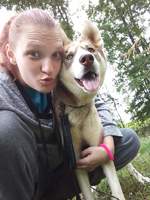